Our fifith album has finally been mixed and mastered. Our next show will take place at Party San Open Air on thursday, 17:20, join us!!! Our first show in prague in september has also been confirmed!!!

Party San Open Air, Satanic Supremacy and Under the Black Sun have been postponed!!!

Under the black sun festival 2020 and catacombs of metal confirmed !!!

Our fourth full length album "throne behind a black veil" has been unleashed and is available on cd, tape and download !!! The vinyl version will be available in mid august. Our tape copies are already sold out...

"Staying true to the ways of old, German black metal act TOTAL HATE is preparing to release its fourth misanthropic album "Throne Behind A Black Veil", due out August 2nd via Eisenwald."

LISTEN TO THIS SONG ON YOUR DEVICE OF CHOICE HERE: https://smarturl.it/totalhatethou

"throne behind a black veil"

5. His Throne Behind A Black Veil

All instruments, vocals and samples of our 4th album are finally recorded !!

Album update! bass lines of our fourth album "THRONE BEHIND A BLACK VEIL" are finally done! still the leads and the vocals to record... there will be 8 new songs on the new album. more details, cover, etc will be announced soon...

Some line up changes:

Serrator of Goath is our new member !! he already played drums on our last 3 live rituals and recorded the drumtracks of our 4th album. welcome on board !!!

We thank our former drummer Winterheart for the past years !!!

First show in 2018 confirmed. We will be part of next years edition of braincrusher festival, hirschaid !!

New show confirmed! We're proud to announce our first show after a long break with Vidargängr and II in Nuremberg, Kunstverein. Join us !!!

Page update! New lifecrusher shirt and lifecrusher vinyl version available now. Songwriting of our, yet untitled fourth album, is done. the recordings will start in early 2017.

The new album "lifecrusher (contributions to a world in ruins)" is now available on cd, lp will follow soon. check the merch section!

All recordings of the third full length album "lifecrusher (contributions to a world in ruins)" are done. Mix and mastering will follow soon..

Lifecrusher (contributions to a world in ruins)

- Drowned in piss and blood

- Instruments of his wrath 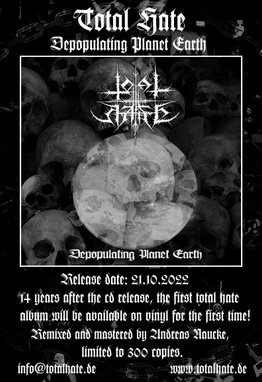 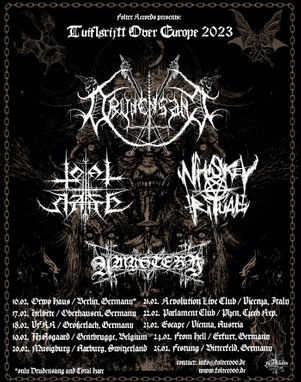